Click link below to purchase at Amazon.
The Twisted Spiral III

Join Valerie and Sandy as they once again plunge into danger and intrigue. Follow them in ‘The Twisted Spiral III’, as they mature and Valerie’s pregnancy comes to fruition.
After a few years respite since their last task in early America, the Keepers call on them to complete another task to prevent cosmic chaos.
They travel through the Spiral to a time a few hundred years later than their sojourn in ancient Egypt. Once again, they face the dangers of the era and enemies out of time.
In ‘The Twisted Spiral III’, Valerie and Sandy encounter enemies that strain the limits of their strength and honor. 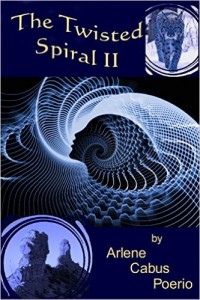 Click link below to purchase at Amazon.
The Twisted Spiral II

“The Twisted Spiral II” is a continuation of the story of Valerie Fremont who, in “The Twisted Spiral”, traveled back in time to ancient Egypt.
In this book, Valerie again travels back in time–to Southwest America. She must once more decipher the task set for her and fight the enemy attempting to change history. She reunites with old companions as they live in a time of change and uncertainty. She must find ways to utilize ancient tools and primitive weapons, as she faces extraordinary odds against survival and accomplishment of her task.
During this time, astronomical and geological events dominate the landscape. Unknown forces complicate the path she must take with the indigenous people of the time. Ancient and modern knowledge combine to help her navigate a course of action. As she continues to mature, her respect for the people and their adaptation to their time grows.
Once again, Valerie must battle an old enemy and confront new unforeseen ones. The ‘Spiral’ continues to twist in unpredictable ways, and Valerie wonders if she is strong enough to endure.
The details of the era are generally accurate. However, the book is fiction so there are changes and interpretations of them to facilitate the story.
This book, as the last, is stand-alone. To better understand references to characters and events from the first book, it might be helpful to read the first book of the series.
“The Twisted Spiral” series is written to appeal to all ages from young adult through ‘mature’. Enjoy the history, romance and adventure of the series. “The Twisted Spiral III” is in progress. It takes place in another ancient culture and continues Valerie’s tale. 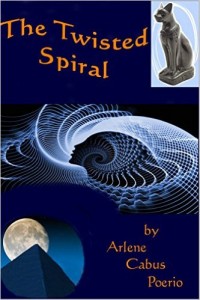 Click link below to purchase at Amazon.
The Twisted Spiral

The book combines fantasy, adventure, history, and romance. It is the story of Valerie Fremont, a sixteen year old girl from a small valley town in California who travels backward in time to ancient Egypt during the first dynasty. Valerie is not the average girl but the possessor of a strange, powerful heritage.
In the ancient time she becomes the confidant of the Pharaoh, Ma-Thep-In-Re. And she falls in love with his friend and second most powerful man in the kingdom, Sekhemwy. Their romance becomes one of the central forces in her life.
The main theme concerns her maturation and the development of her powers. These are accomplished during the course of cosmic intrigue, romance, war, and personal danger. The story is filled with secondary characters — soldiers, servants, a queen, concubines, physician, and slave — who all add to the depth and progress of the tale. And, of course, the evil High Priest, Hekankht.
The era is depicted as accurately as possible within the confines of the story. Food, various implements, etc., are in keeping with the historical evidence. But this is fiction, and some ideas and scenes have been added to advance the story.
In the end of the book Valerie finds her triumph over her adversary only temporary, for the struggle of good vs. evil is not ended.